After six months of prayer, planning, organizing and anticipation, in just about 12 hours I will head to the airport on the trip of a lifetime. I cannot express how excited I am about the opportunities that await in Liberia.

For those who may not know, Liberia sits on the west coast of Africa, bordered by Sierra Leone on the West, Guinea on the North, the Ivory Coast on the East, and the Atlantic Ocean on the South. Its capitol is Monrovia, it covers 43,000 square miles (about the size of Tennessee) and has a population of 4.7 million. Though there are nearly 20 indigenous languages, the official language is English.

Liberia began as a settlement of the American Colonization Society to settle freed American slaves. It became the Free and Independent Republic of Liberia in 1847. Since its founding as a nation, Liberia has maintained a close relationship with the United States. In the 1970s there were political tensions which resulted in a military coup in 1980. Over the course of 25 years, the country experienced two civil wars that resulted in the deaths of at least a quarter of a million people and the displacement of many more, as well as the obliteration of their economy. Peace was finally achieved through the efforts the women of the country. In 2011, Leymah Gbowee received the Nobel Peace Prize for her work in leading the women’s peace movement. She shared the prize with fellow Liberian Ellen Johnson Sirleaf, who served as President of Liberia from 2006 – 2018. Sirleaf was the first elected female head of state in Africa.

For additional information about Liberia, check out this blog post of Rev. John Partridge who served on the last Farmer to Farmer mission team in Harrisburg just two months ago. https://pastorpartridge.com/2018/11/26/21-facts-about-liberia/

The United Methodist Church, and especially the East Ohio Conference, has an ongoing relationship with the people of Liberia. One such relationship is through Farmer to Farmer who partners with St John’s UMC in Harrisburg, part of the St Paul’s River District of Liberia. Farmer to Farmer introduces modern farming techniques, has developed a sewing school, and works intensively with the classrooms of the local schools to provide scholarships, supplies, renovation, curriculum, relationships, and love. Over the last several years, mission teams have visited to build relationships within the community and work to understand and advance the interests of the needs of the community. In November 2018, retired East Ohio pastors Ray and Cathy Ake began serving as General Board of Global Ministries Volunteer Missionaries in Harrisburg to so that Farmer to Farmer could have an ongoing presence there and to also oversee the building of an Agricultural-Technical High School.

During my time in Harrisburg, I will be doing some teacher training, leading some children’s activities, preaching at St John’s UMC on January 20, among other things, some of which I surely cannot yet imagine!

In preparation for our trip, our team collected a variety of supplies and personal items to be given to the people in Harrisburg. On New Year’s Day, my friend Elizabeth and I sorted the items we had collected and attempted to evenly distribute them in our suitcases. For international flights, we can take two 50-pound suitcases and we are at our limit! And beyond, actually! The other team members also collected items including a sewing machine and a water pump!

The one picture below shows me weighing one of the suitcases. As I stood there, I had the realization that I used to carry around the weight of 3 of those suitcases! Wow!

Anyway, we are excited about the opportunities and adventures ahead of us. Please hold our team (Elizabeth, Ruth, Mike, and me, as well as Ray and Cathy) in your prayers. I will post pictures here as time and wi-fi access permit during the trip.

I am grateful for all of the support and look forward to sharing the love of Christ with the people in Harrisburg and as we travel. 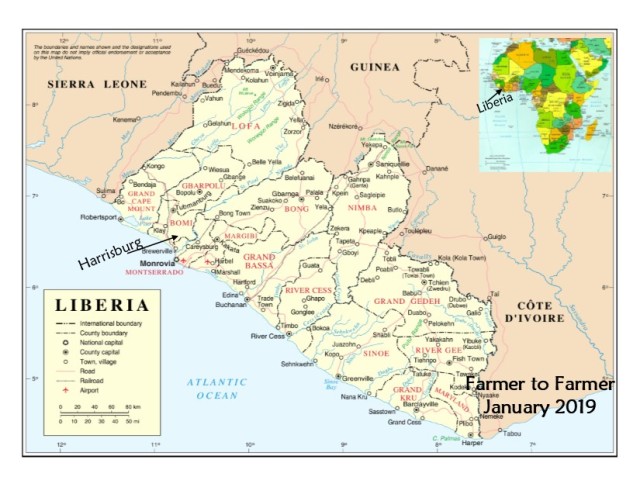 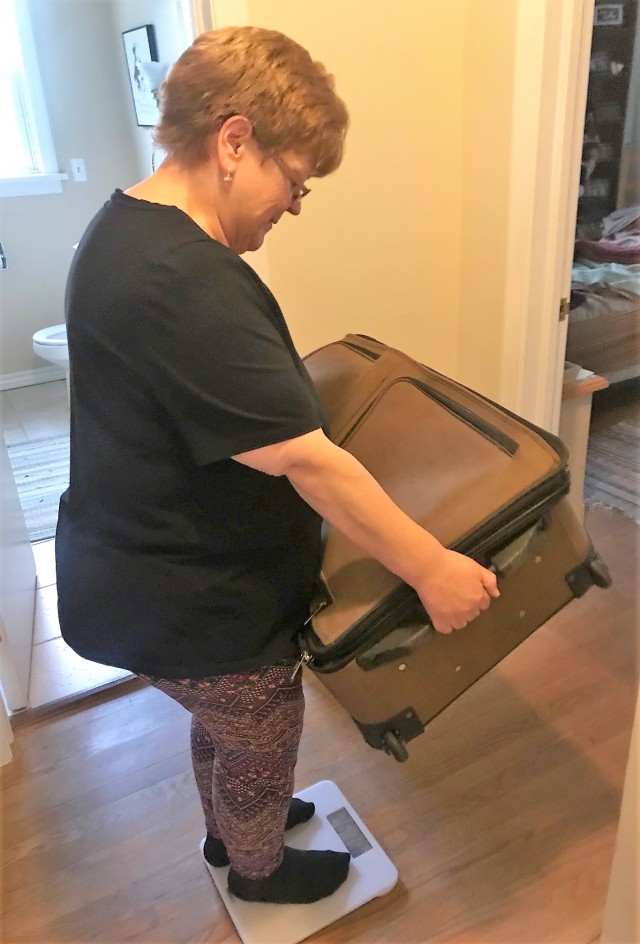